Queen Naomi Ogunwusi also known by her full name Queen Silekunola Naomi Moronke Ogunwusi has declared that she is no longer the queen of Ife, revealing she has decided to move on with her life.

She made this announcement on her official Facebook page, adding that her marriage of three years was not an arranged marriage.

“I bless the Lord Almighty for his faithfulness for the last three years of my marriage. For a life journey, it’s not how far. ” Prophetess Naomi wrote in the announcement on her Facebook page. 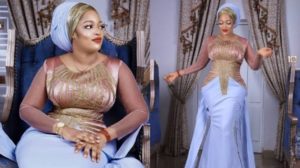 Queen Naomi Ogunwusi also said that she would love to correct some impressions, adding that her decision is not because the Ooni of Ife was married to another queen.

The Ooni of Ife and Queen Naomi Ogunwusi were married in 2018 and had a child together.

“Parenting Is Not A Squid Game”- Ooni Of Ife

“You all should know that I know this decision to move on is not because his majesty married another queen. As many would assume, throughout our life as a couple, I was his only married wife. Side attractions were involved, but no, that’s not the issue, ” Queen Naomi Ogunwusi wrote on her Facebook page. 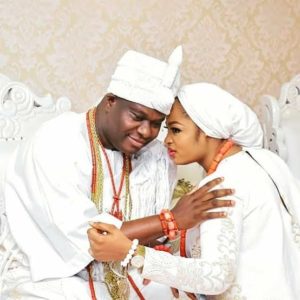 The queen also said that she was not pregnant before Tadenikawo, adding that she has a medical report to back her up that her son is her first ever pregnancy.

It was revealed that the girl who the public claimed to be her daughter was actually her niece.

I did my best to endure because I wanted to make it work; many times, I smiled in the struggle, but I have finally realised that I had one assignment, my son, and when God had finished his work, he had finished work.” 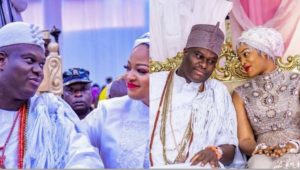 “Religion is not an issue between us. His Majesty has a picture which he wants people to see me as, and he has another one which is his true self. ”

“Today I am announcing the beginning of a new dawn and the close of a chapter. Today, I am a mother to God’s unique gift. I am not a slave to my thoughts of perfection again. I, at this moment, announce that I will no longer be addressed as wife to the Ooni of Ife, or queen of Ile-Ife, but as the queen of the people and mother of my adorable prince.

Prophetess Naomi also appealed to the people who are involved with the rumors to allow peace to reign and that they should always remember that her child is between her and the king. 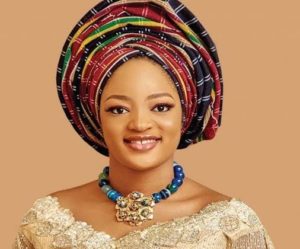 “I am committed to all my projects, charity work, and ministry. In this new season, God will be the only one I will focus on,” Queen Naomi Ogunwusi Silekunola said.