Timothy Adeoye, 18, has been charged with murder in north London, according to the Metropolitan Police.

According to the United Kingdom’s Metropolitan Police, the teenager was charged with the murder of another teenager, Donovan Allen, who was stabbed to death.

The police added On February 7, they discovered Allen seriously injured in a property in Ayley Croft, Enfield.

A post-mortem examination showed Donovan Allen, 18, died from a single stab wound to the chest.

Adeoye, who did not have any fixed address, is being remanded in custody. 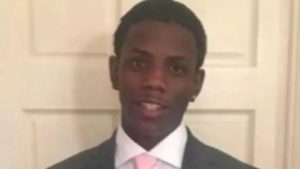 He will appear in custody at Willesden Magistrates’ Court on Monday, February 14.

The police also charged him with three counts of attempted robbery, possession of an offensive weapon and threatening a person with a blade in a public place.

The post-mortem examination of Allen showed that he died from a single stab wound to the chest.

Detectives said that the 14-year-old boy arrested at the scene on suspicion of murder was bailed until early March.

Donovan Allen’s family said everyone who knows him loves him so much and has gifted him with the gift of making others feel special. 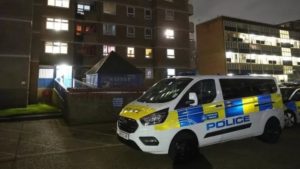 In a statement, Allen’s family described him as exceptional.

From the start, they were surrounded by love, and as time went on, he went on to increase and attract more love as he grew.

The family added that: “He would pray for his friends and family every morning and night.”

Read More  Father-Of-Four Murders Wife In Edo State And Dumps Her Body In A Well; Claiming She Ran Away From Home

And even on the last morning, one of us spoke to Don. He said, “I have done my prayers and 40 press ups.” I am doing well.

“Words do not describe how much Donovan would be missed.”