The Special Counsel for the detained leader of the Indigenous People of Biafra, Nnamdi Kanu, Alloy Ejimakor, has disclosed that the release of his client can only be effected by the executive arm of the government headed by the President, Muhammadu Buhari, and not the judiciary.

It had earlier been reported that some renowned Igbo elders, led by Chief Mbazulike Amaechi, the erstwhile Minister of Aviation in the First Republic, had urged Buhari to effect the release of Kanu unconditionally during a visit to the President in Aso Rock in Abuja.

Buhari had told the Igbo leaders in his response that their request was a difficult one for him as he had not interfered in any judicial matter since he assumed office in 2015. 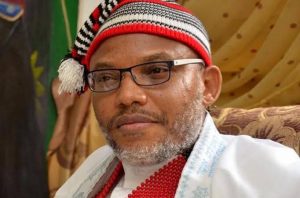 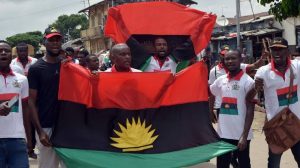 He added that on Kanu’s rearrest after he jumped bail, he had advocated that the IPOB leader be allowed to make his case in court instead of portraying Nigeria in a bad light outside the country.

He said, “I will consider your demand, but it is a heavy one.”

Ejimakor said, contrary to what Buhari said on Friday, the release of the IPOB leader is not in the hands of the judiciary.

He cited Section 174 of the 1999 Constitution of the Federal Republic of Nigeria, which provides that the Attorney General of the Federation, Abubakar Malami (SAN), has the power to discontinue at any stage any criminal proceedings instituted by him before judgement is delivered. 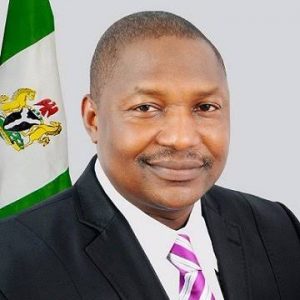 In a tweet, he wrote, “Section 174 of the Constitution says: The Attorney General of the Federation shall have the power to discontinue any criminal proceedings instituted by him.”

Adding that the unconditional release of Nnamdi Kanu lies with the Executive, not the Judiciary. ”

Read More  "I Kîlled Him To Reduce His Pain”- Young Man Who Murdered A Farmer For Rituál Purposes, Confesses To The Police

The IPOB leader was born on September 25, 1967, in Afaraukwu, Abia State. He was arrested in 2017 for calling for the secession of the South-East zone from the Nigerian State.

But he jumped bail in June 2018 and fled to the United Kingdom, alleging that his life was no longer safe in Nigeria.

Three years later, the Attorney General of the Federation disclosed at a press briefing in Abuja on June 29, 2021, that Kanu was re-arrested in a foreign country and extradited to Nigeria.

Upon his re-arrest and extradition in June 2021, he was re-arraigned before Justice Binta Nyako for terrorism-related charges brought against him by the AGF office. Kanu has since been remanded in the custody of the Department of State Services in Abuja.

But Justice Nyako adjourned the trial of Kanu to October 21, 2021, for a continuation of the hearing, but the trial was adjourned till November 10, 2021.