Ogun state police command confirmed they arrested a mother who poured petrol on her daughter and sets her on fire.

The police confirmed this in an official statement.

When the police got the report, the DPO for Mowe division, CSP Folashade Tanaruno, said their men quickly moved to the scene with the detectives and arrested the suspect.

Later they rushed the suspect’s daughter, who was badly burned, to the nearest hospital.

During interrogation, the suspect, who claimed she was separated from the father of her children, explained to the police that she had no idea what had come upon her when she carried out the act. 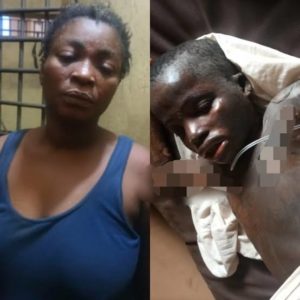 They arrested the housewife and mother of five, Aisha Tijani, on the 20th of March, 2022, on charges that she poured petrol on her 10-year-old daughter and set her ablaze.

According to eyewitnesses, Aisha Tijani set fire to her daughter as she was angry because the girl had collected a phone that she had seized from one of her children.

How we arrested fake cop on Lagos-Ibadan Expressway – Ogun police

According to the eyewitness, Tijani collected the phone and later gave it back to her child before she set her on fire. 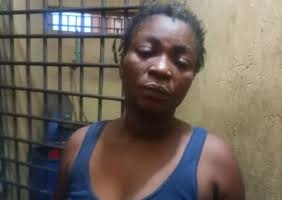 Meanwhile, the commissioner of police, CP Lanre Bankole, said he would order the immediate transfer of the suspect to the state criminal investigation and intelligence department for further investigation.