The Port Harcourt police command has started investigating the death of Ifeoma Uzoigwe, who was found dead by her friend in her batcher house, which is located in the Mile Three area of Port Harcourt.

Her friend, whose name is Uloma Godson, revealed that she discovered her friend dead on the 12th of December 2021 in her house after she had not seen Ifeoma for two days.

As I did not see her on Friday or Saturday, I sent her daughter, who stays with me, to check on her mom. Her daughter came back to tell me that she had knocked on the door several times but her mom was not answering. I followed her to check what was wrong.

The door was not locked, so as I entered to see her dead, She laid down on the floor and then I shouted, ” Her friend revealed. 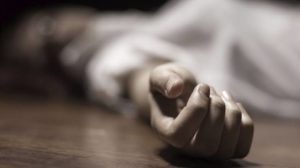 She added that it was she and the caretaker of the yard who reported the case to the Nkpolu-Oroworukwo Divisional Police Station, which is located at Mile Three Diobu.

Read More: 8 Children Found Dead In A Car And Reports Claim They Locked Themselves In

The port Harcourt police rushed to the scene of the incident and carried the body of the late Ifeoma and took her to the University of Port Harcourt Teaching Hospital, UPTH’s mortuary.

“When I saw her, she was lying on the ground, but her neck was bent to the side. It was like someone strangled her. Her face was black, like someone beat her, and her stomach was swollen. One of her eyes was open and the other was closed. She was in a very bad state.” She added

Uloma said her friend, Ifeoma Uzoigwe, told her that she was from Ata-Ikeduru in Imo State, so she was finding a way to trace her family to inform them of what had happened. 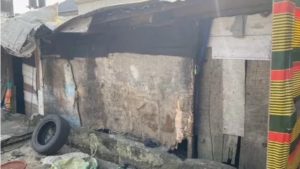 Uloma added that she wants the police to interrogate her friend’s boyfriend, Kelechi Nwosu, as he was with her second daughter, who is two years old, who he ran away with and whose whereabouts were unknown.

“I want justice for her because that man terrorised her. He was even in my house. He had broken down my door and ran into my house to fight with her. That boy is heartless. I want the port Harcourt police to deal with him for what he has been doing to her. ”

Uloma revealed that her friend’s boyfriend is a suspect.