The Osun State University released a statement saying that the victim is a part-time final year (400 level) Political Science student at the university.

The university said the incident happened at Osunlepo, an area of Osogbo, on Saturday, December the 11th, 2021.

The university public relations officer, Ademola Adesoji, said the university’s notice said the boy, Oke, did not show up for his final examination paper in the afternoon, and they decided to contact his parents, where they discovered that unknown cultists attacked him on Saturday morning. 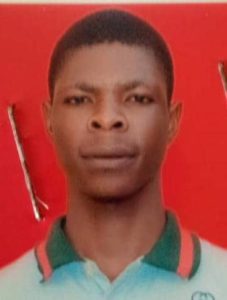 The university released a report saying that eyewitnesses who live in the area of the incident said they heard Oke shouting, saying he didn’t want to join their cult group.

Read More: Dowen College React To Claims Which Say 12-Year-Old Student Died Because He Did Not Join Cult

Father Of The Boy Who Died In Dowen College, Reveals What Really Caused The Death Of His Son

“They hit him with a hard stone, a cutlass, and a trief to burn him alive before people rescued him.” The statement said

Photos from the incident were shared online and on social media, and went viral in a few hours. The photos showed Oke in a very bad state on the floor.

He was found with serious burn wounds as he sat down on a wet surface, which showed that people tried to use water to quench the fire on his body. 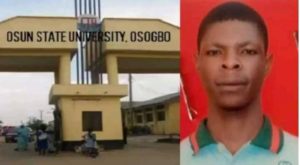 Osun State University said they have contacted his parents and he is receiving treatment.

The Spokesperson for the State Police Command, Yemisi Opalola, was the one who confirmed the incident.

She explained that the suspected cultists chased Victor Oke to the area, where they hit him with a cutlass before pouring petrol on him to set him on fire.

“We will arrest the perpetrators as our men have commenced investigation into this case,” Spokesperson for the State Police Command, Yemisi Opalola, said.

UNIOSUN’s statement added that “the university police unit is now working with the police to make sure that the suspected cultists who are involved in this incident will face the law.”