The University of Ilorin’s management has expelled a student who assaulted a female lecturer.

The university’s authorities found Salaudeen Waliu Aanuoluwa, who is from the Department of Microbiology, guilty of assaulting a female lecturer who teaches in his department.

In a statement, which the University Director of Corporate Affairs, Mr. Kunle Akogun, released, he said that the university made the decision to expel the student after the student’s Disciplinary Committee had a conversation with him about the student’s case.

The disciplinary committee gave him 48 days to appeal to the Vice-Chancellor of the University in case he felt dissatisfied with the decision.

“Salaudeen is in the police’s custody for further necessary action,” the Director of Corporate Affairs, Mr. Kunle Akogun, said.

The statement revealed that in a letter that was written by the university’s Registrar to Salaudeen Waliu Aanuoluwa, said

“You will remember that you appeared before the Student Disciplinary Committee (SDC) to defend yourself concerning the allegation of misconduct against you.

“After due consideration of all the evidence before him, the Committee is convinced beyond any reasonable doubt that it has made an allegation of misconduct against you. 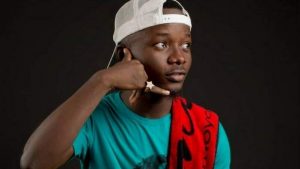 “Accordingly, they have recommended to the Vice-Chancellor, who exercised the power which he has directed that you, Salaudeen Waliu Aanuoluwa, should be expelled from the University”, The letter added.

“Accordingly, you are hereby expelled from the university with immediate effect.” The letter ended

The university asked Salaudeen Waliu Aanuoluwa to submit every property that belongs to the university, including his ID card, to the Dean of Student Affairs, and that he should never enter the campus again.

In the statement, which the school Vice Chancellor, Dr. Fola Olowoleni, signed, said the incident happened on Thursday, November 11, 2021. 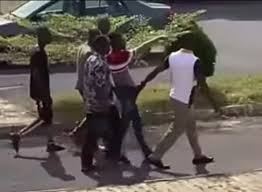 The 400-level male student in the Department of Microbiology assaulted a female lecturer, who has been identified as Mrs. Zakariyyah, who teaches in the same department.

The university said their security personnel had taken Salaudeen into their custody and he would be later handed over to the police for further investigation.

People are asking on social media why the student assaulted the lecturer, but the reason is still not clear.

From what the school authorities said, the student attacked the female lecturer in her office. 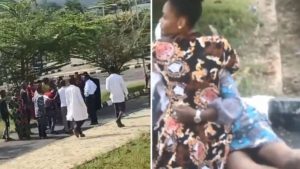 It is rumored that it was because the lecturer refused to help him over his failure to do the mandatory student industrial work experience scheme.

The school authorities say that the female lecturer is still recovering from the incident as she is still in the hospital.