In 2016, the Federal Government had an opportunity to negotiate the domestication of the law at the sub-national level when the states needed a bailout to pay salaries and meet other recurrent expenditure demands.

Of course, that became one of the conditions of the bailouts extended to the states.

As noted by the Chairman of the FRC, Victor Muruako, Nigeria has a single economy, which reaps daily from the financial recklessness of any of its sub-national units.

But about five years after the condition was given and the bailouts accessed, 13 states including Akwa Ibom, Benue, Borno, Edo, Imo, Katsina, and Kano are yet to domesticate the law. 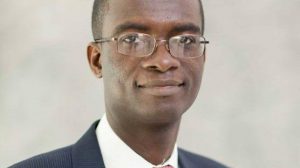 Other defaulting states are Ogun, Ondo, Oyo, Plateau, Rivers, and Zamfara. On the good side, 23 states have passed the law but the devil is in operationalizing it and not merely codifying it.

Thus, one would want to know the number of states that have set up agencies to oversee its implementation and where the commissions are allowed to function with a certain degree of independence.

“The pronounced weakness in the fiscal governance of subnational entities is a huge risk to the economic wellbeing of the federation. We are bothered that though Nigeria and its constituent states constitute a single national economy and that it is clear to all that the Federal Government is exerting itself to make things better at the level of fiscal governance, many states still operate as though they are only aware of macroeconomic challenges to the extent that it impinges on their monthly FAAC allocations.” 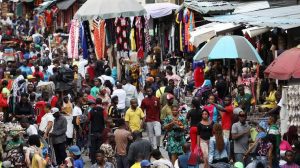 “By this, I mean that the benefits of the decisive efforts to ensure transparency, accountability, and prudence at the Federal level are frittered away by a rather careless disposition towards fiscal responsibility at the level of states and local governments. We wish to use this medium to appeal to non-fiscally responsible states and local governments to please shut the proverbial tap and assist the Federal Government to clean the house – It is one house and it is the only one we have,” Muruako had stated at a public forum.

Indeed, a lot of states have simply left the tap running even though the Federal Government cannot be exonerated from the morass of fiscal indiscipline.

Some of the states’ revenue mobilization capacity has continued to dwindle amid mounting debts. In the first half of the year, states in the Northeast geopolitical zone generated average revenue of N7.2 billion.

If the Northeast is excused because of general insecurity in the axis, the performances of areas that are peaceful are not remarkably better. 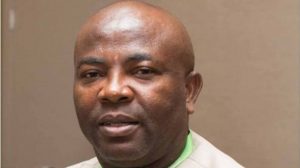 For instance, Southeast states could not sufficiently leverage their trade and entrepreneurship potential to boost public revenues.

The whole zone realized N52.2 billion or an average of N10.4 billion per state in the period.

This suggests that many of the states are still extremely weak financially, a situation Muruako said functional FRLs could improve.

The total states’ IGR amounts to 27 percent of their recurrent expenditures for the year, which is estimated at N3.1 trillion.

This means their IGRs can only take care of about 50 percent of their recurrent spending.

Already, the fiscal position of the states, which may worsen in the coming years, is fragile. As of December 31, 2020, their debt to total revenue ratio was 167 percent while debt to IGR was 459 percent.

The ratio of FAAC allocation to total revenue was 64 percent.

Sadly, the debt burden of states with relatively weak financial positions is worse. In the first half of the year, Gombe generated N5.4 billion, which makes one of the three states with the lowest IGR.

At the close of last year, its debt to IGR far exceeded the national average with an estimate of 1,852 percent.

Adamawa, with a meagre N6 billion half-year internal revenue, sat on 1,686 percent debt to IGR as of last year. 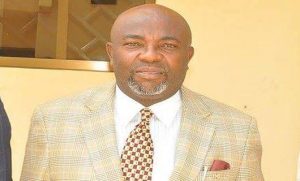 They maximize revenue but minimize cost. But costs have continued to rise in Nigeria’s public space even in the face of nosediving revenues.

Many have attributed the country’s financial crisis to this challenge, hence calling for reforms that would reduce the cost of governance.

According to Dr. Adetunji Ogunyemi, an economic historian at the Obafemi Awolowo University, who spoke at a recent sensitization session, FRLs would increase openness, financial integrity, and accountability across different levels of government.

He said the law has the capacity to address the flaws in revenue generation, budgeting, and expenditure monitoring.

There are, of course, several reform initiatives that could improve governance at the state level but, perhaps, operationalizing independent FRL institutions is one of the proverbial low-hanging fruits the country can explore as it seeks solutions to the current financial challenges