The Ogun state police force said they had arrested a pastor after he was accused of planning with his wife to rape a 16-year-old.

The police force released a statement which said that they arrested the couple on the 10th of December, 2021. 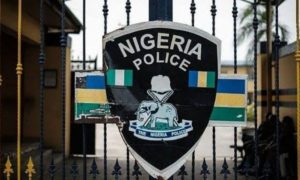 The State Police arrested he and his wife after the victim complained to the Adatan Divisional Police Headquarters.

The chorister said that when she went to the church for choir practice, his wife called her and told her to meet with the pastor in their room because he wanted to send her somewhere.

She said Immediately after she entered the room, his wife locked the door from outside, and he overpowered her and raped her.

She added that the his wife came inside after her husband raped her. The wife met her crying and told her to stop crying as she had become a woman now. She later warned her to never tell anyone about what had happened or she would die. 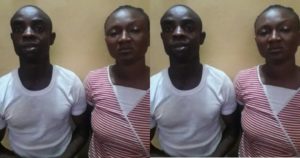 The police said that they were investigating the case after that, they will be charged in court.

Meanwhile, after the police interrogated them, they confessed to the crime but blamed the devil for it and begged for forgiveness.