The management of famous Nigerian singer, Teniola Apata, also known as Teni, has denied reports which say that people tried to kidnap her at an event in Buguma, Asari Toru local government area of Rivers state, where she was performing.

In a video that has gone viral on social media, Teni had just begun performing one of her songs on stage and her fans were singing along with her when suddenly the sound of a broken bottle was heard and her fans started panicking.

Gunshots were also audible in the video as fans ran for safety. 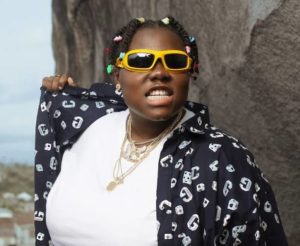 The singer’s management has revealed that there was no kidnap attempt. A fight broke out backstage, and it caused a stampede as people were running, and she was taken outside for safety.

“Everyone is fine, everything is good. We are on our way back to Lagos now. Teni’s management said 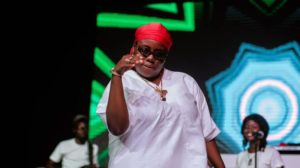 An eye witness said that Teni was performing in a show that old students of Kalabari National College (2002) set up to mark their 20th anniversary and give awards when some boys started fighting.

“I believe that the boys wanted to spoil the show. It was not a fight. They began pushing themselves-after my table, they went to the next table. They later hugged each other.

We thought that they had settled their differences. But before we knew it, they started breaking bottles on each other’s heads. They started carrying bottles and throwing them at the stage, and that’s when everyone started running. The security who were present carried Teni into a car, and we ran home, “she said. 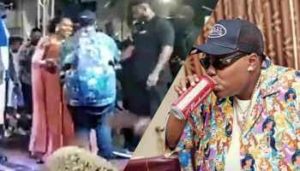 “No kidnapping happened. It was the security operatives who were present that shot to scare away the hoodlums around because somebody threw a bottle, not to Teni, but they threw the bottle up as they were pursuing someone where the event took place, ” She added.

“So the security operatives thought they were going to throw the bottle at Teni, so they started shooting to scare the boys away.”