The Police had arrested two suspects in connection with the mob killing of Deborah Samuel in Sokoto state, North West Nigeria.

34 lawyers came to court to defend the suspects and arraigned them in a chief magistrate court.

They pleaded not guilty to the charge. The police lawyer Khalil Musa told the court that they have not finished the investigation of the case.

He claims that when the investigation is completed, They may file additional charges.

Mansur Ibrahim, who leads the lawyers who defend the suspects in court, applies for their bail. He tells the court to release the suspects on liberal terms.

Following the presentation, the court adjourned the case to an undetermined date to rule on the bail application, which they would communicate with the lawyers. 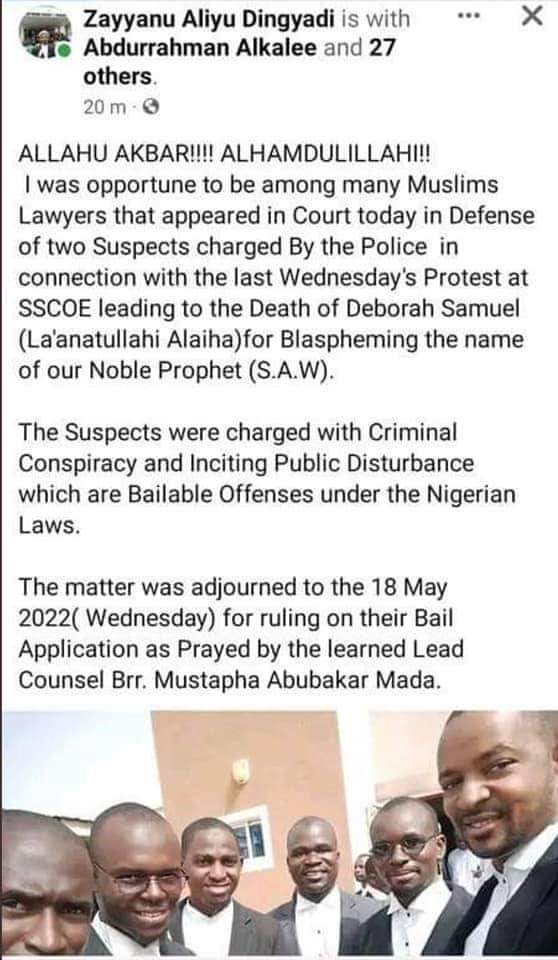 The chief magistrate later ordered that the suspects be remanded in custody.