Yewa politician, Hon. Rotimi Ogundele has officially declared his intention to contest for the Yewa South Assembly seat at the Ogun state House of Assembly in the next general election.

The Oke-Odan born politician made the declaration on Saturday January 22 during the official opening of his Reality House campaign office at his hometown of Oke-Odan, Yewa South, Ogun state.

The event was witnessed by groups of political associates and loyalists in and around the Ogun West Senatorial district of the state, including Chairman of the All Progressives Congress, APC in the local government, Mr. Akin Durojaye. 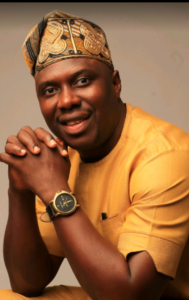 In his declaration speech, Hon. Ogundele an addicted follower of Sen. Ibikunle Amosun said, “I, your son; Hon. Rotimi Ogundele haa come with your support to officially declare our political campaign office open today and to humbly and officially inform our leaders, our teaming supporters, the good people of Oke-Odan, and the good people of Yewa South of my people-focused intention to represent us at the House of Assembly in the next coming general election.” he said.

According to the Campaign Director General of the Reality 2023, Asiwaju Jamiu Abiola Adebisi, Rotimi Ogundele’s quest for Assembly seat is rebuilding the political shape in Oke-Odan and Yewa at large,

“This is the first time an aspirant will open a campaign office for the purpose of contesting an assembly seat. We want to be accessible. Anybody can come in here anytime.” the DG said.