As part of activities marking the celebration in October, the leader of ‘Political Solution’ in Yewa-land spoke to Journalists about his over two decades journey into politics and his immediate plans going into 2023 elections. 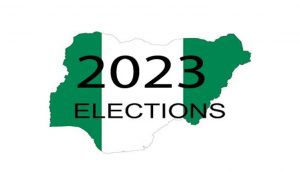 Who Is Hon. Rotimi Ogundele?

My primary and secondary school was in the same community, basically my teenage years were spent in Oke-Odan. Then, I proceeded to Yaba College of Technology to further my education in 1996.

I completed my OND in Science Laboratory Technology. Then, I moved to Ondo State University to study Computer Science. My parents love education so much so that makes me push further to get my Master’s Degree in Computer Science at the University of Ibadan.

My late Mum actually wanted me to lecture or get my PhD or even travel abroad. But before then, I was already into politics, because I had interest in serving the people in particularly the Yewa people in Ogun state.

I was given an appointment with the Federal Government which took me to Bayelsa state. While doing that, I enrolled for Technology Management and that was accomplished also. Due to God’s faithfulness, I’ve had series of jobs and presently, I’m working in one of the institutions in Nigeria and still pursuing many other degrees.

How Did Your Journey in Politics Start?

“I was the Head Prefect in my Primary School. In secondary school, I was again a Prefect. During all these times, I was looking at my leadership traits. I am well coordinated and can get results for people. So mainly the journey started in 1998.

An event of significant proportioned happened in 2016 which changed the political narrative in the area. You were at the forefront when an unknown candidate and unknown party won a councillorship seat in Yewa, how did it happen?

It was a day I can never forget. I wish my Mum was alive to witness that day, because it happened to be my happiest day in my life. Something I had always wanted to happen.

I had seen where people had to do different kind of things just to win an election. I try to prepare and educate myself by reading and gaining more knowledge in politics.

I tried to relate with people, build relationships, and do their biddings also I have a structure called Political Solution Team. I usually encourage people to allow internal democracy whenever there’s a primary election before proceeding to general election.

So we pursued a new political name for the councillorship post introducing our own approach, we connected to the youths so well and the elections went so well.”

How are you able to gain people’s attention?

Who Do You Associate With In Politics?

“You need to be an apprentice before becoming a master. So, I tend to associate with the right people in higher places. The likes of Prince Gboyega Nasir Isiaka, Prince Rotimi Paseda, Sen Iyabo Anisulowo, Hon. Ladi Adebutu, Engr. Ayo Olubori, Hon Kolawole Lawal Mobolorunduro, Hon. Abdulkabir Adekunle Akinlade (Tripple A), Hon Rotimi Rahmon Arugbo among so many others, these are my mentors, leaders.

Also, Senator Ibikunle Amosun is someone who had a great impact on me. I like his projects across Ogun state.”

What is your ultimate goal, going into politics?

“My utmost aim going into politics is the service to the good people of Ogun State, Ultimately it is my belief that Our dear State has the potential to become number one in Nigeria if we harness our resources for the greater good of our people.”

What Is The Next Stage In Your Political Career At 43?

“Three years ago, when I celebrated my 40th birthday, I thought If Senator Bukola Saraki could govern Kwara state at 39. If Senator Ibikunle Amosun could aspire to be Governor in his early 40s and later became the Governor.

So, at 43, I had been dreaming of becoming the Governor over 20 years now. I was thinking if it was not too late for me to throw myself into the ring. When preparation meets opportunity, it becomes luck. I could choose to be a Governor but the resources are not available.

I mean the logistics part not money to be throwing around but to convey meetings and all sorts. So, come 2023, I would be aspiring to be a legislator.”

What makes it difficult for anyone from Ogun West Senatorial district to be Governor in Ogun state?

“We have three senatorial districts in Ogun state namely; Ogun West, Ogun Central, and Ogun East. Ogun West is yet to be Governor of the state which comprises the Yewa and the Aworis.

A part cannot do well without carrying the other 2 senatorial districts along. Ogun west has always been emotional going into elections. However, emotions do not win election. Ogun west have been riding on the back of emotions that, they have not been given the opportunity. Our Political ThinkTank and tought leaders need to rally round and present a single candidate with wide accepetability. We only talk about not doing it before instead of putting our best candidate forward while actively soliciting the support of the other two senatorial zones.

Thank God for the likes of Hon. Abdul Kabir Akinlade. Also, Prince Gboyega Nasir Isiaka. I can single out these two people as being well prepared for the position. Yewa-Awori people must forget emotions if they want to be Governor in Ogun state.

Yewa-Awori people need to play politics right, and make use of available resources. Most of the time, the prepared ones do not have the resources.

At times, the semi-prepared have the resources and they throw themselves into the race.

At the end of the day, someone from Ogun East or Central better prepared with resources win the race.

We should learn to put resources together. The rallying point is also missing and we really need to have that.”

Can You Please Tell Your Followers What They Don’t Know About You?

“Many people do not know that as young as I am, former Governors have given me rare opportunity to relate with them on several strategic planning.

People might not also know that, I don’t believe in enriching wealth through ill-gotten means, so I don’t worship money and can’t be bought over.

Lastly, I’m a man of my conscience. I love to do things objectively and lastly, I believe so much in equality and fairness.”