In Abuja, A policewoman identified as Naomi Danlami, has been arrested for staging her own kidnap so she would extort ransom from well-wishers to fund her wedding.

The news of The policewoman’s alleged kidnapping was reportedly publicized on Facebook on Wednesday, April 19, only one day after she announced her engagement on the social media platform.

When her relatives called her phone number, her alleged kidnappers indicated they didn’t want money and rather intended to kill her, according to FIJ.

“Some of her friends in various social media groups started posting about raising funds for her, saying it would make her abductors free her. 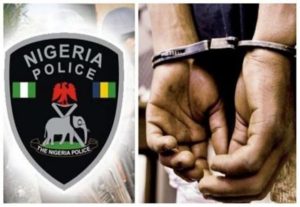 During the fundraising exercise, there were dissenting voices who expressed doubts about the abduction story. Some of her colleagues said she had a history of criminal behaviour; they said she was not truthful, not to be trusted, and that her lifestyle was wayward,” a source told FIJ.

According to a source close to FIJ, Usman Baba-Alkali, the Inspector-General of Police, learned of the situation and directed the Police Intelligence Response Team (IRT) to track out Danlami’s kidnappers.

Read More: Second Wife Saga: “Everyone That Is Insulting Me Don’t Live In My house, They Don’t Know The Root” — Actor Yul Edochie

Business Woman Found Dead In An Hotel In Ebonyi State, With Her Purse Stolen

When the IRT started to work, they discovered that she had been last seen in Nasarawa State. Danlami would come out of nowhere on Saturday, claiming The Policewoman had escaped the kidnappers’ den after being assaulted.

She was said to have persisted on going to work as if nothing had happened, surprising people around her and raising suspicions at Force Headquarters.

“We all thought that if she was kidnapped and molested in addition, the first thing for her to do was go to a hospital for examination and possible treatment, not to show up at work straightaway,” said the source.

Danlami went to work, and the IRT detained her as they continued their investigation into the matter.