The Ogun state police said they have arrested a couple in the Ilara area of Ode Remo, in the Remo North local government area of Ogun state for selling their 1 month old baby for 50 thousand naira.

The state police said they arrested the couple on the 16th of December 2021, after they received information from the Ode Remo divisional headquarters, saying the suspects sold their 1 month-old baby to a woman who is currently on the run.

The police added that they went to the Ilara area of Ogun state and arrested the suspects, taking them to the police station after they received the information. 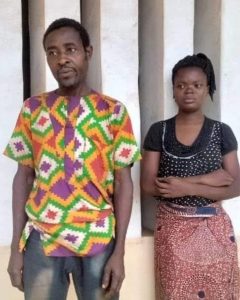 The couple told the police that there was a woman who directed the buyer to buy the child, but they have yet to identify her and the buyer.

They added that the woman met them on the 14th of December 2021 and told them that she was from the human rights office and would help them take care of their baby.

Read More: “She Abandoned Him, We Didn’t Take Him From Her” – Woman Says After Househelp Accused Her Of Seizing Her Child Over Debt

The woman later gave them fifty thousand naira and they gave the baby to her.

Police said that they are currently looking for the woman to recover the baby. 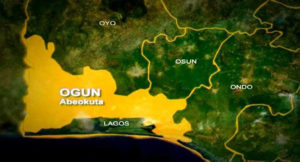 Lanre Bankole, the commissioner of police, has directed that the couple be transferred to the anti-human trafficking and child labor unit of the Ogun state criminal investigation and intelligence department for further investigation.