The United Kingdom Police have written a letter of apology to the family of former black footballer, Dalian Atkinson.

The letter of apology was written six months after the police officer who injured and kicked Dalian Atkinson in the head went to jail for murder.

West Mercia Chief Constable, Pippa Mills, wrote that she is deeply sorry to his family. 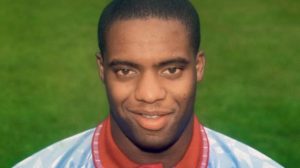 She wrote, “The police uniform does not give officers immunity to behave unlawfully or abuse their powers.”

The family of Dalian Atkinson, who was a former Premier League star, and Aston Villa said that the case shows the need for change in the way the police treat black people and the criminal justice system in the wake of the Black Lives Matter movement. 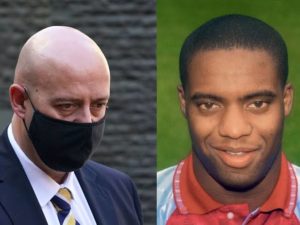 In her letter of apology to the family, she said that because of the European Convention on Human Rights, it is her duty to acknowledge and accept, on behalf of the force, that Dalian Atkinson’s human rights were breached.

She wrote that “Benjamin Monk’s conduct is a direct contradiction to the standards and behaviour of the police service, and understandably undermines public confidence.”

“I am deeply sorry for the devastating impact the actions of a West Mercia officer have caused you, and I extend my deepest condolences to you all, and to Dalians’ wider family and friends.” She added

Dalian Atkinson, who was suffering from a serious sickness which affected his physical and mental health, died in a hospital in the year 2016 after the police arrested him outside of his father’s house in Telford, Shropshire.

Eyewitnesses who were his father’s neighbours said that the former footballer was in the middle of one of his mental breakdowns and was shouting outside his father’s house, saying he was the Messiah.

The West Mercia police officer, Benjamin Monk, had used his taser on 48-year-old Dalian Atkinson for 33 seconds and kicked him as he lied down on the street. 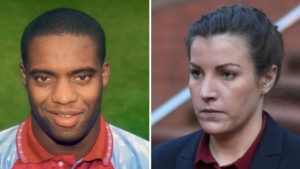 The taser was painful enough to leave bootlace prints on Dalian Atkinson’s forehead.

His colleague, another police officer, Bettley-Smith, also used her baton to hit him many times, but the two officers denied that they used excessive force.

She acted to protect herself and her colleague, police officer Bettley-Smith said. 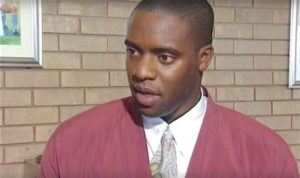 The judge in charge of Benjamin Monk’s trial described his colleague’s actions as an obvious use of excessive force, and after Benjamin Monk was jailed in June for eight years, the police watchdog said this was the first time in three decades when a British officer would be jailed for manslaughter for his actions in the course of their duties.

As in 1990, 10 officers faced murder and manslaughter charges, but they were freed and the cases that were against them collapsed.