The Christ Apostolic Bible Church in Alaja Oke, Saje, Abeokuta, Ogun state, has been under lockdown since December 10th after a suspected crime happened in the church.

The state’s police command is currently investigating an accusation that says that the pastor of the CAC church connived with his wife to defile a 16-year-old who is a chorister in the church.

But the suspect, Pastor Peter Taiwo, and his wife denied the accusation, saying that the allegations were not entirely true.

Pastor Peter Taiwo said that he and the chorister fell in love with one another. 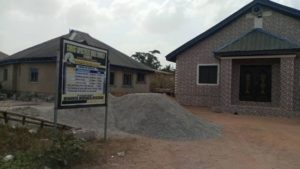 “I told her that she should run away from her boyfriend and ask me anything she needed,” he explained.

The pastor added that when she injured her leg, he assisted her parents in seeking medical attention for her.

When the nurse who was treating her said she could not treat her again because her injury had surpassed what she could handle, he offered to help her heal with prayers.

He explained that because he was assisting her with treatment for her leg injury, he and the chorus were close to each other and she always came to his bedroom to have a conversation. 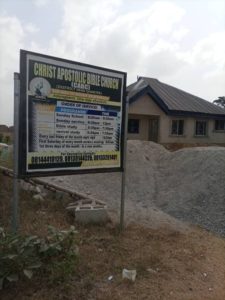 “She often comes to my bedroom, we talk, we chat together. One day, when she came in the morning for treatment on her leg injury, I called her inside so I could see how the treatment would go. I did not know the spirit that entered me when I was trying to check her leg.

From that day, she started sending me love messages and I would reply to her. I still have the messages on my phone, “the pastor revealed.”

He said he did not sleep with her all those times, but they started loving each other.

“That time when we first started, we did not have s*x, but we loved each other. Sometimes when she came, I would tell her to peck me. Sometimes we would be intimate, “Pastor Taiwo stated.

He confessed that he finally had sexual relations with her, and he later told his wife what he had done, asking her to help him beg the chorister.

“When we had been intimate, that was the time I told my wife that I had done something bad. I told my wife to beg her as I have been begging her, but she didn’t listen, “the pastor said.

The pastor’s wife also stated that she was not aware that her husband was taking advantage of the choir.