Human Rights Writers Association of Nigeria (HURIWA) on Tuesday called for the sack, arrest and prosecution of Nigerian Minister of Information and Culture, Lai Mohammed, for deceiving Nigerians over the Lekki Toll Gate Massacre of October 20th, 2020.

In a statement made available to the press on Tuesday, HURIWA accused the Minister of covering the illegality and human rights violations of the unharmed Nigerian youths by the Nigerian Army and Nigerian Police during the # EndSARS protest of October 2020. The call for the dismissal of Lai Muhammed followed reports of the Lagos State # ENDSARS panel set up to investigate the incident.

The group said in the statement that history and generations yet unborn will not forgive President Muhammadu Buhari if he fails to punish the minister and that he would be remembered as a dictator who not only supported but also approved the massacre of young, harmless Nigerian protesters. 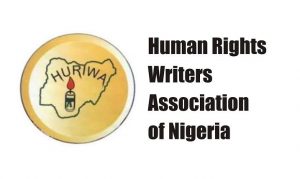 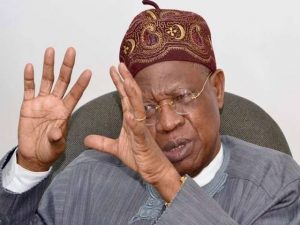 The group urges Buhari to punish his Minister of Information for committing a grave and heartless offence that is not different from the denial of the Holocaust of the six million Jews by Adolf Hitler, which it says is punishable by about fifty years of imprisonment. They

commended the members of the panel for a job well done, but charged Buhari with never sweeping the lawlessness of the security agencies under the carpet. 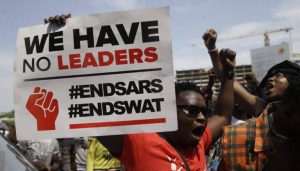 The Lagos State Panel of Enquiry on the # EndSARS incident, in a report submitted to the state government on Monday, accused the Nigerian Army of a massacre at the Lekki Toll Gate, which Lai Muhammed had denied several times in the media.

Read More  Tembisa Hospital Shooting: South African Police Confirm Their Officer Killed His 30 Year-Old Partner Who Was A Nurse In Her Work Place

The Panel in its report established that the testimonies of victims and eyewitnesses, including the reports given by independent experts employed to examine the footage taken during the incident, confirmed that the army shot live bullets at the protesters, resulting in deaths and severe gunshot injuries.

According to the report, the panel established that nine protesters were confirmed dead, while four others were presumed dead.