A 26-year-old man identified as Yusuf Zubairu has been arrested by the Jigawa State police command for killing his 23-year-old wife, Fatima Hardo.

It was reported that he murdered his wife during a fight. 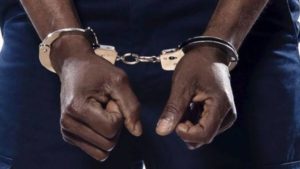 Reports say that the incident happened yesterday, on the 29th of December, 2021, and it was revealed to the press by the spokesperson of the state police, Lawan Adam.

An eyewitness identified as 65-year-old Bulama Muntari-Ubale, said the late Fatima Hardo’s husband used a stick or a club to hit his wife on the head during a fight or a misunderstanding, which eventually led to her death.

Read More: “It Was Like They Were Trying To Kill Me” – Uche Nwosu Says As He Reveals How He Was Arrested

The eyewitness also revealed that a woman who was also at the scene, trying to separate them, was also seriously injured. 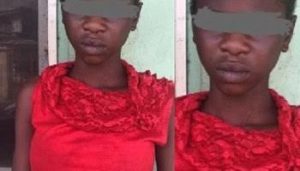 The police spokesman revealed to the press that a team of policemen were deployed to the scene of the incident where the couple lives at Baldi village, in the Sule-Tankarkar Local Government Area of Jigawa State.

He added that the victims (the wife and the woman who tried to separate them) were rushed to Gumel General Hospital where the wife of the suspect was certified dead by medical personnel.

And the other victim is being treated at the hospital.

Read More  EFCC Speak On The Re-Arrest Of Mompha, Reveal Their Plan