Senator Iyorchia Ayu has become the new National Chairman of the Peoples Democratic Party (PDP) after their national convention which happened in Abuja on Saturday, the 30th of October, 2021.

The politician won even though he did not have an opponent and won with 3426 votes. 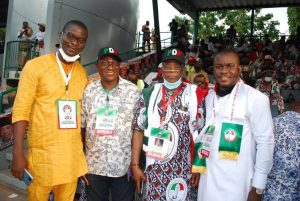 Senator Iyorchia Ayu was the former senate president of Nigeria from the years 1992 to 1993. He was the consensus candidate for the position and will now be in charge of the leadership of the main opposition party, PDP, with 19 other Nigerian officials who were elected to the People’s Democratic Party national working committee. 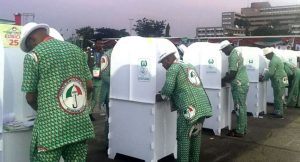 The Committee elected the new leaders in Eagle’s Square, Abuja, during the National Convention. The convention started on the 30th of October and ended in the morning of October 31st, 2021.

Below are the names of the newly elected leaders of the People’s Democratic Party.