The trial of Uduak Akpan for the murder of Iniubong Umoren, the 26-year-old young job seeker whom he allegedly murdered in May 2021 in Uyo, Akwa Ibom State, continued at the State High Court in Uyo on February 15, 2022.

The news of Iniubong Umoren’s was released after her friend declared her missing on social media and after she responded to a job advert she saw on social media.

Her disappearance and death trended on social media under the hashtag #JusticeForHinyUmoren.

A police investigation led to the discovery of her dead body and the eventual arrest of Uduak Akpan as the suspected killer. He is facing trial along with his father and sister. 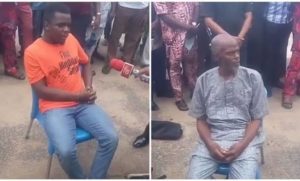 The trial of Iniubong Umoren began on July 1, 2021, and the prosecution brought many witnesses to testify in court on how the incident happened.

The trial continued today, on Tuesday, February 15 2022, when the court determined whether or not the prime suspect of the trial, Uduak-Abasi Akpan, voluntarily made a confessional statement to the Department of State Services, DSS, Uyo, who investigated the case.

When the trial continued on the 11th of February, 2022, an officer of the Department of State Services, Akwa Ibom State Command, Ama Okeke, tendered evidence from their investigation before the State High Court in Uyo.

Read More: Michael Ataga: Highlights On Chidinma Ojukwu’s Trial On The 14th And 15th Of February 2021

Tembisa Hospital Shooting: South African Police Confirm Their Officer Killed His 30 Year-Old Partner Who Was A Nurse In Her Work Place

The DSS officer appeared in court as the 10th prosecution witness and told the court that the first, second, and third accused persons voluntarily made their statements on the 3rd of June, 2021; the 11th of June, 2021; and the 23rd of September, 2021, respectively, and that they transferred both the first and second accused persons to the DSS station, with their phones, which they used for detailed analysis. 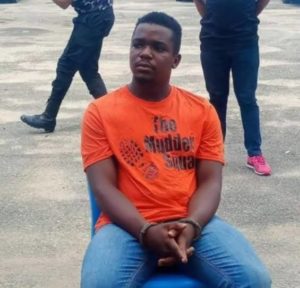 Ama Okeke testified in court that the first accused person (Uduak-Abasi Akpan) told the investigation team that Iniubong Umoren refused to have sex with him and struggled with him, and in the process, he hit her stomach with stabilizer, which made her bleed heavily.

“My Lord, the first accused person (Uduak-Abasi Akpan) told our investigation team that Iniubong Umoren refused to have sex with him and struggled with him. He told us that while she was struggling with him, he noticed that she sent a voice note to someone, but he did not know who she sent it to. ”

Ama Okeke said the first accused person also said the deceased repeatedly asked if he wanted to kill her and he told her that he would only allow him to have sex with her and she said she would allow him only if he used a condom.

The first accused person also told the investigation team that in the process of having sex with the deceased, he removed the condom and the deceased started to struggle with him again. He said that while he was still on top of her, she carried metal and hit him on his forehead. So, in order for the deceased to not scream, Uduak-Abasi carried a black cloth, forcefully put it into her mouth, and tied her mouth. He said he later used a standby stabilizer and hit her on the abdomen. 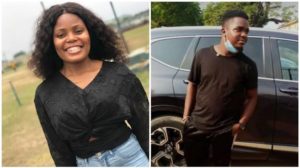 From that point, the first accused person said the deceased started bleeding so much blood that he was afraid that she had already died.

The first accused person also said he later used the jeans-trousers of the deceased to strangle her completely. Ama Okeke added