The Lagos State Police has confirmed that they investigated Nigerian musician, Inetimi Alfred Odon, who is popularly known as Timaya, for a case of hit and run.

The spokesperson of the Lagos state police command, Adekunle Ajisebutu, said they are investigating the case.

Timaya was accused of hitting a woman with his car in Ikate, Lagos yesterday

A lady identified as Osinubi Omowunmi, with the Instagram name @whyte_26, raised an alarm on Instagram about what happened and how the celebrity behaved after he allegedly hit her sister. 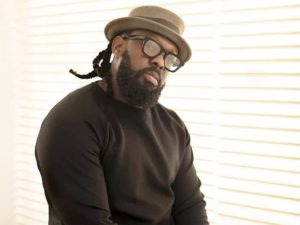 “These are celebrities and how they behave. My sister, nearly killed by Timaya, this morning. He hit her with his car and ran away from Ikate a few hours ago.

“Me no get no bad mind for nobody’, says Timaya, as woman accuses him of hit-and-run

“He hit my sister, and she came down to ask him to look at what he did. The heartless human had asked her for her number, and she told him she would block her. Instead of @timayatimaya doing the needful, he hit my sister with his car and ran away. ”

A video on Instagram showed a policeman picking up someone who resembled the singer in his house and entering a car.

In an Instagram live that Timaya did, he admitted it was true that he hit the lady’s car, but he did not even know that he hit her. 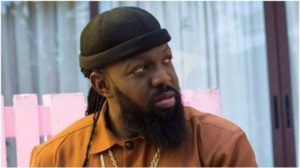 Yesterday I was just driving on this road. The fuel scarcity stuff made pipo block the road, so I was just trying to drive through. And the next thing I hit the lady’s car, and I did not even realize that I hit her.

When she stopped my vehicle I stopped, she told me that I hit her, I said how? Next thing she said I hit her at the back. I said, could i get your number, madam, I would call you, or I would call you later, because we were blocking the road. The next thing I saw four guys running down, so I was trying to move away.”

“That’s how the woman held the side mirror of my car. And she fell. I did not hit her and run away. No.”

He said he did not realize what happened to the woman, saying he found out on social media.