A Nigerian pastor who is identified as Babatunde Dada died after two people allegedly stabbed him at the Redeemed Christian Church of God (RCCG).

The incident happened in the Chapel of Resurrection on 6th Avenue, Festac Town, Lagos.

One of the relatives of Babatunde Dada, Olatunbosun Abolarinwa, said the incident happened on Thursday, December 2nd, 2021.

Olatunbosun Abolarinwa said the people who killed Babatunde Dada came to the church to give their lives to Christ the Sunday before the incident happened. 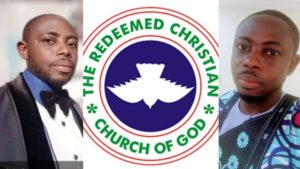 The man who is a security expert said after the two converts gave their lives to Christ, they told the head pastor, Akin Odejare, that they had accommodation issues and he allowed them to stay inside the church.

What they told me on that day is that on that day, he went to the bank to save money or withdraw it. I do not really know because Pastor Akin Odejare did not give me the full details.

“They said he came back to the church and saw some guys playing downstairs, and he told them that he wanted to rest upstairs, because he was tired. No one heard anything when the pastor was upstairs. It was one of the church members that raised an alarm when the member went upstairs and saw the pastor in a pool of his own blood. ” One of the relatives of the late pastor, Olatunbosun Abolarinwa, said. 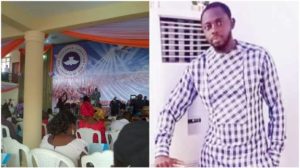 And after Babatunde Dada’s death, they found out that the two coverts had disappeared, Abolarinwa added.

Abolarinwa said that the police have arrested one of the suspects in Ilorin after they tracked him down with one of the church’s pastors’ phones, which he stole.

“The police tracked the phone’s IMEI number and used it to locate the suspect in Ilorin. The homicide section of Panti for Lagos picked him up for further investigation,” Abolarinwa stated.

The suspect is still in the police’s custody and is being investigated.