Emezema said when her (ex) boyfriend shot her, she rushed to her house and acted like she had died.

A power failure happened at that time, so the noise from all the many generators did not allow the neighbors to hear the sound of the pistol when James Eno shot her. 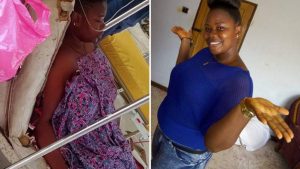 When Purity escaped, she ran out of the house to raise an alarm with her neighbors, and it was her neighbors who rushed her to a hospital in Warri.

Purity has spent over 8 days in the hospital as she is hoping to recover soon.

“He brought out a gun which he wanted to use to shoot me, so I raised my hand and put it on my chest,” She said as she described how she survived her boyfriend’s attack.

Emezema revealed that the bullet passed through her hand and chest, leaving through her back. 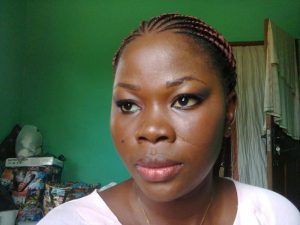 “It was a narrow escape. The bullet escaped my heart and lungs, but it broke about three of my ribs.” She added

Emezema added that one of her ribs cut a hole in her lungs and they had to rush her to surgery. Since the surgery, she said she now finds it hard to breathe well.

“If I breathe, it is like a sharp object is poking me inside. The doctor said it was a miracle that I survived the gunshot. ” She revealed.

Emezema has to be on oxygen for four days because she can not breathe on her own after her lungs were punctured.