In Edo state, Nigerian Police command had explained how gunmen kidnapped the Divisional Police Officer (DPO) of Fugar Division In the state.

The police command has released a statement to narrate how the incident happened. 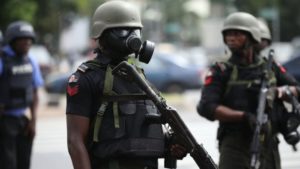 The police public relations officer, SP Kontongs Bello, said in the statement that hoodlums who they suspected to be kidnappers attacked the private car which the DPO was using to travel.

The police public relations officer said the DPO was travelling to Aghenebode in a private car with his orderly, a police officer named Sgt Aliu, as they were in regular clothes. 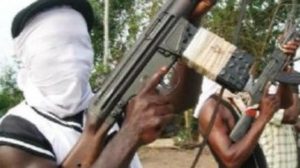 When they reached Ekwuosor, some hoodlums who are suspected to be kidnappers came to attack them.

“The armed men suddenly came out of the bush and opened fire on their private car, forcing them to stop driving.”

“They later took CSP Ibrahim Ishaq into the bush while his orderly managed to escape.” Kontongs Bello said. 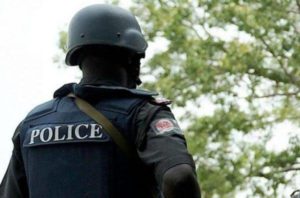 Edo state police command assured the public that they are on top of the situation and told Nigerians to remain calm and go about their businesses without fear.

To this end, the commissioner of police, Edo State Police Command, CP Philip Aliyu Ogbadu, PSC (+), has advised the general public to remain calm and go about their lawful businesses as the command is still investigating and working on the situation.