The father of 7-year-old Demilade, who was discovered dead by the police in a cooler on the 6th of December, 2021, reveals how his daughter got missing in the first place.

“Her mum sent her to buy pap as she was preparing moi-moi for breakfast in the morning,” her father, Fadare Oluwashola, said.

“The woman who sells pap only had one remaining, so she directed Demilade somewhere else to buy it. On getting there, they also directed her somewhere else. ”

My daughter said she needed to tell her mother before she went to the other place, as she thought the place was really far. 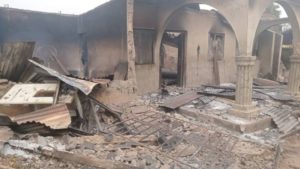 Fadare Oluwashola revealed that he was told by a little girl that as his daughter got close to the gate of the estate near their house, she saw her with someone and the person took her away.

“A little girl told me that she saw my daughter with someone who wore a brown top, and she called her, but the person carried her to the building next to my house.” He revealed

“While i was away, I later received a call from my wife that Monday saying my daughter was missing. So I called my colleague in Ekiti state to help me conduct a house-by-house search around the area.”

“My colleague said when they reached the house, where police found his daughter, the owner of the house sat down in a white plastic chair outside the house and said his wife had collected the house keys and taken them to work.” 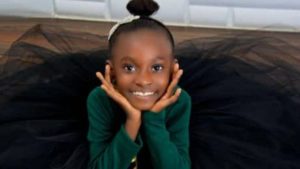 The neighbors found my daughter’s doll in the house, and it made the locals angry, so they burned down the house.

At a point, I felt the presence of my daughter around that house at night, but I questioned myself if I was okay. I noticed a flash light from the suspected house, but my mind was not following. ”

After prayers, all the pastors told them was that their daughter was close to his house, and throughout the night, he could not sleep, and the search for his daughter continued the next day.