Nkem Okeke, Anambra State Deputy Governor, has given a thumbs up to the Federal Government of Nigeria over the ongoing Anambra state election, saying that the FG has gotten it right so far.

Okeke expressed his confidence in the biometric accreditation system, saying it worked without a hitch in his ward.

Okeke, who voted around 10 am on Saturday at polling unit 005, Ward 3, Umueze Awovu in Enugwu-Ukwu community in Njikoka Local Government Area, said the process is transparent. He commended the Federal government for providing a peaceful environment for the Anambra state election.

“I am impressed with the turnout. The process was transparent. The credit should be given to the Federal Government for providing the enabling environment,” he said.

Speaking on the security, he applauded the Federal Government for the massive deployment of troops but claimed there were no policemen in his unit corroborating the statement made by Soludo. 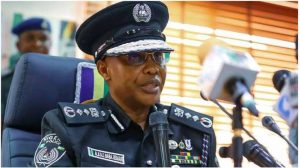 He noted that the rationale behind the confidence of the electorates to come out to vote was the heavy presence of the security personnel.

The election has, however, been tainted  with complaints of failure of the newly introduced technology by INEC, Biomodal Voters Accreditation System (BVAS).

Earlier in the day, the governorship candidates of APGA, Charles Soludo had expressed his disappointment in the manner the election is been conducted, blaming INEC for lack of adequate preparation.

However, at the time of filing this report, INEC has declared that election continues today, Sunday 7th November in polling units where voting was not conducted due to technical hitches caused by the BVAS.