The Economic and Financial Crimes Commission (EFCC) has charged the former governor of Imo state, Rochas Okorocha, with allegations that he connived with politicians and five companies to steal 2.9 billion naira from public funds.

The EFCC added that Okorocha, who also serves as a Senator, allegedly diverted the money between October 2014 and February 2016 from the Imo State Government House account and Imo State Joint Local Government Project account.

Rochas Okorocha is yet to respond to the allegations.

Wilson Uwujaren, the EFCC’s spokesperson, confirmed the news, stating that the commission filed 17 charges in the Federal High Court in Abuja on Monday. 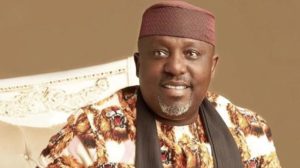 The charges came hours after Rochas Okorocha declared his intention to run for the office of president in 2023.

Not only was Okorocha accused, they also named other people who are allegedly involved in the case.

Rochas Okorocha won the Imo state gubernatorial election on May 6, 2011 and they voted for him again on April 11, 2015.

The former governor is now representing the Imo West Senatorial District in the red chamber. 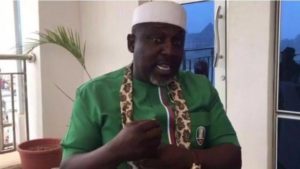 Senator Okorocha is the founder of the Rochas Foundation, a charity organization that builds schools and gives children scholarships for school in Nigeria.

The Nigerian corruption police have been dragging Okorocha for a long time for the corruption case.

In September 2019, the EFCC claimed that they had an order from the court to seize some of his property, like 16 blocks of flats, a hotel, two schools, eight bungalows in a multi-million naira estate, a shopping plaza, a hospital, a super market, and four vehicles, most of which are in the state.

On April 13, 2021, the Nigerian corruption police arrested Rochas Okorocha, who represented the Lmo West senatorial District on behalf of his Unity House office in Garki, Abuja.

At that time, they accused him of embezzlement and misappropriation of funds, but they released him days later.