In Abuja, an High Court has has striked out the murder case of Timothy Adegoke after prosecuting counsel, Ochogwu Ogbe, requested for it.

In a court’s document, the court said they striked out the case because of further investigations.

Timothy Adegoke had lodged in a hotel called Hilton Hotel and Resorts in Ile Ife before he went missing, and authorities later found him dead.

People who faced the court because of the murder case included the owner of the hotel, Dr Rahman Adedoyin.

They are still looking for three people who were supposed to face the court.

“Take notice that the complainant has discontinued all the proceedings which are in this case against the above named defendant for further investigation,” the court document said.

In a letter which Femi Falana who is the Adegoke family lawyer had directed to the inspector-general of police, he asked the police chief to ensure that they try the suspects in Osun State instead of Abuja. 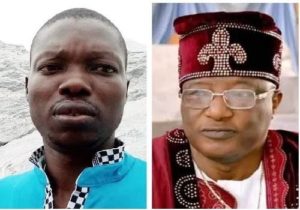 The letter, which carried the 4th of February as the date, said that the IGP ensured that the attorney-general of Osun State had the case file so he would study it and file relevant charges against the suspects in the high court.

“After you have demonstrated professionalism and courage, which is not common as you handle the investigation of the case, we have confidence that you will not hesitate to grant our request in the interest of justice.”

“If you do not comply with our request, we will not hesitate to take legal action to compel you to institute criminal proceedings in accordance with the Criminal Code (34) Laws of Osun State,” Femi Falana stated in the letter.”

Before his death, Timothy Adegoke was a postgraduate student of Obafemi Awolowo University, Ile Ife.

The 37-year-old who lives in Abuja had travelled to Ile Ife on the 5th of November, 2021, to write an examination for the school distance learning centre in Moro, Osun State.

Police found Adegoke dead about a week after they declared him missing.

They arrested the owner of the hotel and 7 other after he was found dead.