The Lagos State Government has announced the closure of all Chrisland schools in the state due to a case involving students from the school who were sent to Dubai, United Arab Emirates.

According to a statement issued today by the Lagos State Domestic and Sexual Violence Response Agency (DSVRA), an “alleged sexual violence case” involving minors-underaged students is being investigated.

“The attention of the Lagos state government has been drawn to the alleged sexual violence case involving students of Chrisland School, which happened in Dubai, United Arab Emirates,” said the statement. 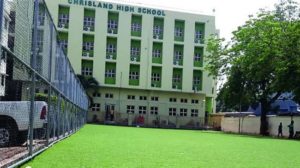 ”It is important to note that all allegations are under investigation by the relevant ministries, departments and agencies, including the Ministry of Education, Office of Education Quality Assurance, Ministry of Youth and Social Development, Ministry of Justice and the Lagos State Domestic and Sexual Violence Agency, while criminal allegations have escalated to the Commissioner of Police.” DSVA said in the statement.

Popular Music Artist Manager, Ubi Franklin, was the first to Tweet about the case on Sunday, April 17, 2022, but he did not mention the name of any school.

This tweet elicits a flood of responses from Nigerian Twitter users, causing it to become a social media trend.

In view of the allegation, the police committed to making sure adequate medical and psychological social support was provided to those involved. 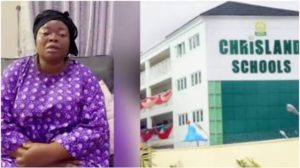 This is to reassure members of the public of the state government’s commitment to child safety and protection, particularly to ensure that all child-cantered institutions within the state formulate and implement policies and systems that are compliant with the Executive Order (NO.EO/AA08 of 2016), Lagos State Safeguarding and Child Protection program.