The spokesperson of the Benue state police command, Catherin Anene, confirmed the incident and said that the police have launched an investigation to find out what truly happened.

The mother of the children said that her sister, who lived with her, said it was a candle that caused the fire, but she said they did not have any candles in their home before the incident.

The family has buried their children at their ancestral home in Upu village in Benue state. 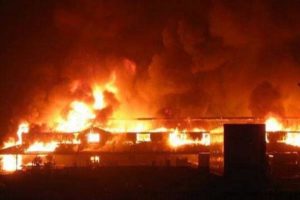 40-year-old Peace Agaba Ode revealed that she was heartbroken when she found out that she would never see her children ever again.

Her children, who are identified as 17-year-old Naomi, 7-year-old Godson, and 4-year-old Grace, died in a fire in the family’s three-bedroom flat.

Dozens Of People Burn To Death In Niger Delta

The fire outbreak in the flat, which is located in Jesus College quarters in Otukpo local government area of Benue state, happened on the 17th of December, at midnight. 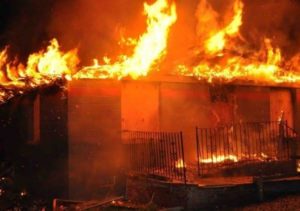 The Benue state police command said that they have launched an investigation to find out what started the fire. Reports say that after their family’s evening prayers, the children entered their mother’s room to sleep while their parents were resting in the sitting room.

It was revealed that their father was awake, and after some time, their father asked one of their relatives who lives with them to go sleep, and as the relative was entering to sleep, she noticed the fire and started shouting for help.

But according to her, the heat of the fire was too much to the extent that the fire burned their father’s face and neighbours had to hold him back so he would not go back into the house to rescue his children.