A Nigerian man was declared wanted for killing a 24-year-old lady, after googling “how to get away with murder”.

Chukwuebuka Nwobodo, 28, of Nigeria, has been wanted by police in Texas, USA, in connection with the disappearance and alleged murder of a 24-year-old woman.

Nwobodo was charged on Wednesday with the murder of Felicia Johnson, who went missing after leaving a hotel in Houston on April 16, 2022, according to Oxygen.

The suspect was said to have purchased suspicious items and looked into various ways to dispose of a body, among other things.

“Evidence indicates Nwobodo killed Johnson in her apartment before disposing of her personal effects in Bear Creek Pioneers Park,” said Houston Police Department detectives. He is believed to have disposed of Johnson’s body few days after killing her

According to court documents, Nwobodo was arrested on May 13 after police allegedly discovered blood in his vehicle’s trunk and backseat, along with a handgun, loose latex gloves, a shovel, and a large kitchen knife with blood on it. He was, however, quickly released

Investigators discovered “apparent blood stains” throughout his home during a search, with particularly large amounts on the bedroom and hallway floors. Those stains were allegedly found to be a likely match for Johnson’s DNA.

Read More: Man Arrested For Stâbbing Himself After Killing His Pregnant Wife

Owo Church Massacre: Women Gather To Summon Ogun (The God Of Iron) Against The Perpetrators.

A warranted search of his Google accounts turned up several suspicious internet searches, including how to dispose of a body and destroyed evidence, as well as a photo of a dismembered woman’s body and a photo of Johnson’s Uber pickup spot and the car that had picked her up. 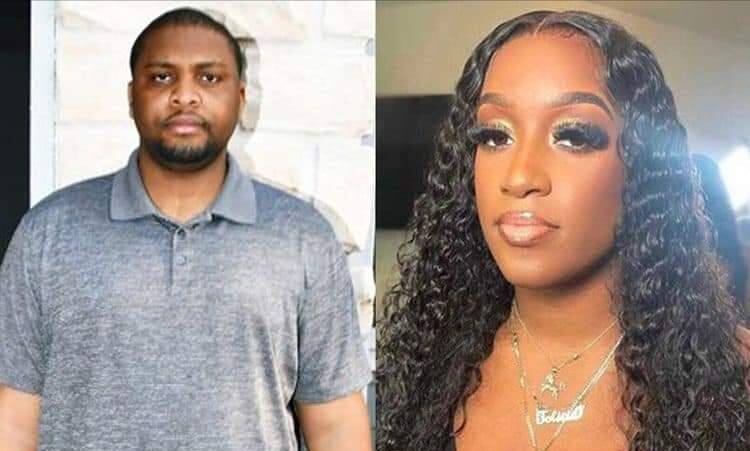 Nwobodo Googled “can bleach destroy DNA?” on April 20, “what does vinegar do to bacon?” He also looked for the “most forested part of Houston,” “how to completely delete your history,” and the cheapest places in the world to live on a $1,000-per-month salary. He also searched for “How to Plan a Murder Without Getting Caught” and “How to Get Away with Murder.”