Abba Kyari says he does not have a fraudulent relationship with Abbas Ramon also know as Hushpuppi.

The suspended Deputy Commissioner of Police (DCP) faces extradition on the alleged connivance with Hushpuppi.

Kyari denies this before court as part of his case, trying to stop his extradition to the United States. 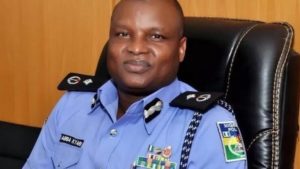 The Attorney General of the Federation (AGF) filed an extradition application.

The suspended police officer did a counter-affidavit against him, claiming that he did not commit an offense, which would make US government look for him.

Kyari’s extradition case is before Justice Inyang Ekwo in the Federal High Court of Abuja.

Read More: 2023: “If Not For Me Who Stood Behind Buhari, He Would Not Have Been President” – Tinubu 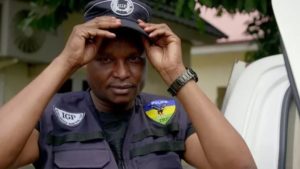 The Nigerian government filed for Kyari’s extradition under the Extradition Act and as part of government approval of the US request.

But im the affidavit, Kyari told the court that as a senior police officer, he was ordered to carry out an investigation against Hushpuppi.

Following the court hearing, Nureni Jimoh, Senior Advocate of Nigeria and Kyari’s lawyer, explained that “whatever happened to my client was international politics at work.”

“Documents show that he had written to the Attorney General of the federation, the Inspector General of Police in 2020, that he had gotten an an informate about the suspect but he lied low and played for him to come to Nigeria.”

“Those documents are fake. And he had written them several months before the US government released their own part of the story.”

But Pius Akutah, lawyer to the Attorney General, told the court that he needed time to file a counter affidavit to respond to Abba Kyari’s claims.

After all the presentations, the judge adjourned the matter till Friday for a formal hearing on the main matter.